After a traumatic year, sixteen-year-old Roz is excited to move to Las Vegas… Instead, she gets her possessions rearranged and ghosts chasing her from her home. … Determined to stop the shadows from overtaking her world, Roz and her friends will put a stop to the looming darkness, or die trying. 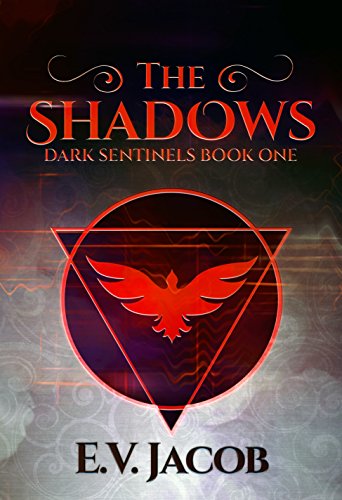 Sci-fi, paranormal, young adult – three underrated genres because they are among the three most heavily written about. The young adult market is so saturated with sub-par content, that it’d be easy to overlook yet another YA novel with a ‘unique’ teenager at its core. But, I’m not reviewing a sub-par novel.

From the get-go, the reader is wholly vested in Roz’s journey and understanding the events that quite literally follow her around. Set in the surreality of Las Vegas, you immediately give in to your suspension of disbelief as Roz discovers her first few unusual occurrences in her new home – objects moved, whispers. Instead of questioning her sanity, the reader wants answers just as badly as Roz does.

The Shadows‘ greatest strength is how engrossed the reader becomes in its world. The characters are incredibly believable for such an unbelievable situation, and it isn’t laden with predictable clichés of high-schoolers investigating ghosts – you’re wanting the team to find something, and make contact. I may be a bit older than its target audience, but I’d be lying if I said I wasn’t eager for its sequel.

Available on Goodreads, Amazon and Kindle.