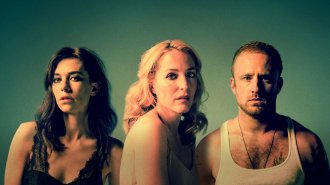 I won’t be looked at in this merciless glare.”

The French Quarter in New Orleans. Evicted from the family home, Blanche arrives at her sister’s apartment, trying to escape the ruins of her life back in Mississippi.

A steel structure of the Kowalski apartment rotates.

In the centre of the Young Vic, with no walls or barricades to hide behind, the stage is ever-revolving throughout. This is an uneasy level of voyeurism. Paired with a direction style that is deliberately foreboding and dangerous, it makes for uncomfortable viewing. 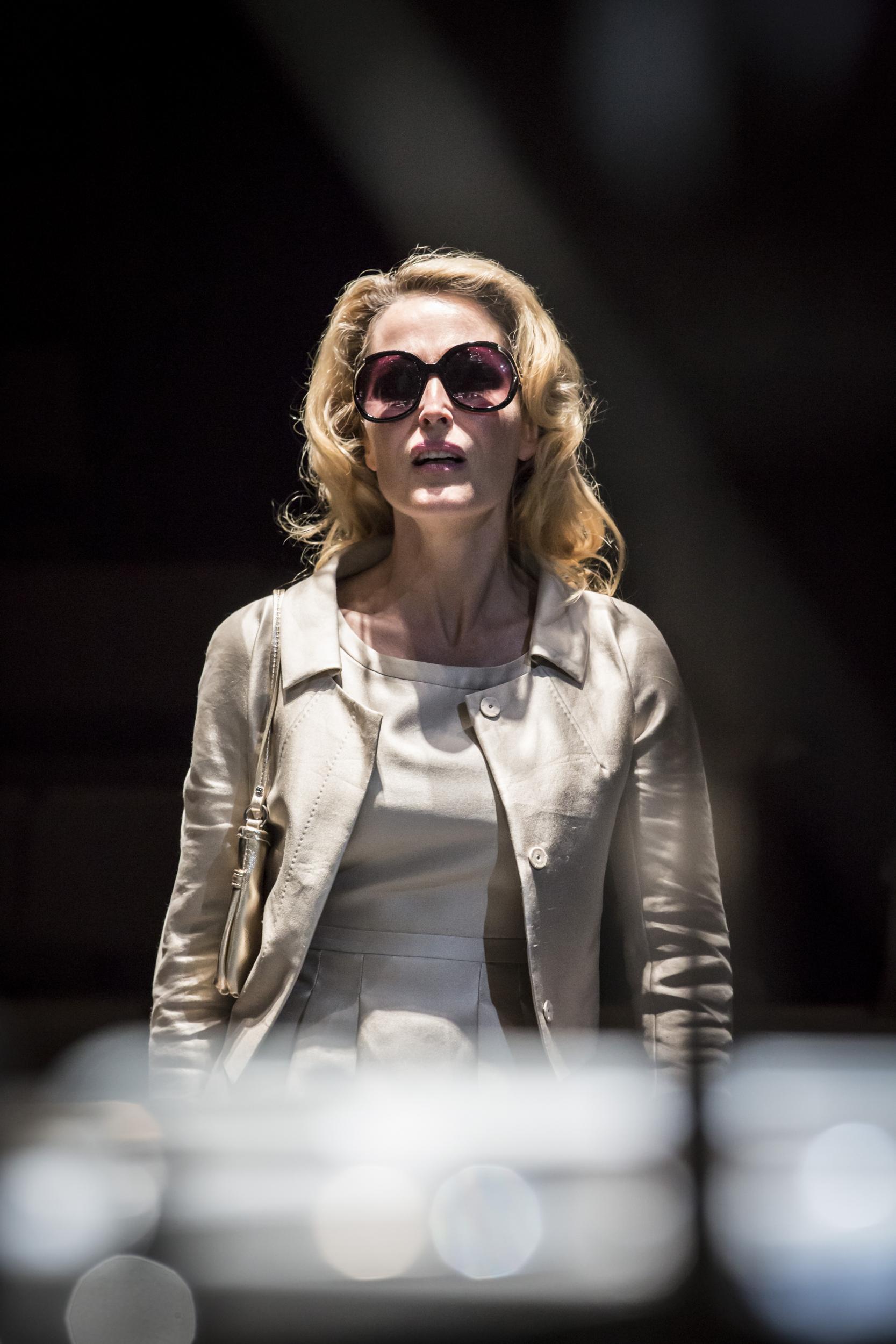 Our introduction to Blanche (Gillian Anderson), wandering around the structure like a vision fresh from a Vogue editorial, is that of a lost woman, literally and figuratively. Once a teacher and wealthy socialite, she is unaccustomed to the ways of the tenements. Her fragility is so visible, no matter how large the sunglasses. When her sister arrives, the past clashes with the present: Stella (Vanessa Kirby) has moved on, and is building a life away from Mississippi, while Blanche continues to dwell in her memories.

In bursts Stanley (Ben Foster) and his friends, a world away from the courtship and custom of Blanche’s youth. This isn’t a hypersexualised gang of male musculature, but rather a brotherly mob of testosterone, all ages and shapes. Best displayed after Stanley beats Stella in a drunken rage, the measures they take to calm him, holding him back and talking him down, is increasingly attentive. After carrying an unconscious Stanley to the bathroom, stripping him of his blood-covered clothes, he is placed in the bath with the cold water running. It presents as a ritual, as though this isn’t the first time.

The end of this scene, and what it leads into – the set up to Streetcar‘s best known scene – is beautiful theatre. Under a green glow, Stanley eventually comes to. As he clambers out of the bath and staggers through the apartment debris, he realises what he’s done. His panicked phonecalls failing, he moves to the street and begs for his wife to come home. With a portfolio of intense characters throughout his career, Foster’s ability to drive Stanley to, and past, breaking point is captivating. Veins popping as he crawls and grovels over to Stella, drawing her closer with every move, you can feel their connection.

Dysfunctional, messy, they resolve it the only way they know how: in bed. The stage transition happens around them, Stanley redressing himself and tidying away the evidence of the night before, while Stella writhes in passion on their bed. Lights up, and all is well again. This is Kirby’s best scene in the play, allowing the audience to finally see Stella’s struggle with her conscience.

The Not So Good

Outside of the above scene, Stella is underwhelming. The inability to admit that her willingness to stay with Stanley is sexually motivated is what fuels her conflict, but instead we are given a permanently worried portrayal. Understandable, but not very interesting to watch. Similarly with Stanley, as much as I enjoyed the unpredictability of his anger, it didn’t always translate as a rolling boil. Sometimes the bursts of rage benefited from being unexpected, reminding us that this home is never safe, but other times it felt forced.

And then there were the accents. Even with two Americans in the lead roles (only Anderson using a different accent from her own), the wavering accents from the rest of the cast along with the need to speed through the lines (as though that makes the accents more convincing) often made the dialogue hard to hear (a complaint shared online). In the case of Stella, personally, I struggled.

The soundscape choices were so jarring with the action, too, and not in an effective way. Whether it was clashing metallic sounds, song choice, or sometimes too loud a song choice for the speakers to handle, it instantly takes you out of the play. Combined with the set and costume, it makes it hard to place where or even when the play takes place.

Having said that, the approach to Blanche and Stanley, and especially the sense of danger in the direction style, made this a fascinating production to watch. It more than makes up for the above the issues.

2 thoughts on “‘A Streetcar Named Desire’”